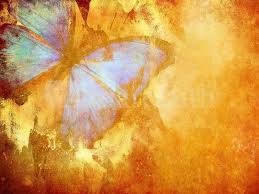 Today we have heard two stories of resurrection.  Two widowed mothers who have lost their only sons.  Two sons who are restored miraculously and given back to their mothers.  Two stories of redemption. Two stories (Old & New Testament) that seem surprisingly alike.  And yet two stories with some important differences.

First, the story of Elijah, the widow & her son.

Just prior to the story we have heard today, Elijah called down a drought on the land, saying there would be no dew or rain in the next few years except by his word.

God orders Elijah to hide at a particular brook where he can drink from the brook and will be fed by the ravens.  And he does, but then even the brook dries up. So God sends Elijah to the widow at Zarephath.

He is obedient and goes.  He asks her for a drink of water, which she provides, and then he asks for a little bread.

She says that she has nothing left–a little meal & oil–and she is even now preparing a final meal for herself and her son.

Elijah tells her to go ahead, make the meal for herself & her son, but first bring him a little cake of it.  What a strange request?  Most of us would have refused, saying that we had barely enough for our own needs.  But she obeys.  And because of her faith and obedience, her jar of oil and her jar of meal will not be empty until the Lord once again sends rain.   She and her household eat for many days.  Seems like a happy ending.

The widow reproaches Elijah & asks why he has brought this calamity on her and her household.

Elijah takes the boy upstairs and asks the Lord why He has brought this calamity on the widow’s house.  And God listens to Elijah and restores the life of the son. Elijah gives him to his mother and she says “Now I know that you are a man of God.”

This is a story that is highlighted by obedience and faith.  Elijah follows God’s command and goes where he is sent in faith.  The widow–who is notably NOT an Israelite–obeys Elijah’s command and has faith in him and in his God.

Notice that there is questioning, which is not a contradiction of faith.  When her son dies, the widow asks Elijah why he brought this calamity to her house.  Elijah then asks God the same question. But there is still faith and that faith is rewarded.

So then we turn to the Gospel reading for today.

Interestingly, Jesus himself refers to this particular story about Elijah in his first public sermon as an example of God reaching out to the Gentiles. (Remember that he was almost killed by a mob in his home synagogue when he referenced this story!)

Just before the story of Jesus raising the widow’s son, Luke tells the story of the healing of the centurion’s slave.  It is a dramatic narrative and a witness to the faith of the Gentiles to Jesus.

Today’s reading is not as nearly as dramatic as the scene with the centurion, or, for example, the raising of Lazarus or of Jairus’ daughter and it might be easy to overlook if you aren’t careful.

Jesus is traveling with his disciples and a “great crowd” in the city.  He happens to pass by the funeral procession of a young man, the only son of his widowed mother, and another “large crowd” from the city.

We know that a widow at this time had no social standing and no means of support.  Not only had she lost her only child but she had lost all hope of any security for her future. She is totally bereft.

And Jesus has compassion on her.

He tells her not to weep.  He places his hand on coffin and stops the procession. He tells her son to arise.

And the son does.  He sits up and begins to speak.

And the Gospel says that Jesus “gave him to his mother.”

I thought it was particularly interesting that this miracle happens without any request or by any action of the mother or her company. There is in fact no conversation other than what Jesus says. The resurrection is not by an act of obedience or a response to faith.

It is purely a result of the compassion of our Lord.  His heart goes out to the mother in her grief and before he takes any action, he says to her, “Don’t cry.”

Today, we don’t hear many stories about people being brought back from the dead but I think we have perhaps all experienced the type of resurrection that is described in this story.

Death is, after all, not just a physical phenomenon.  Most of us have also experienced other types of “death” and loss: the loss of health, work, hope, passion, purpose.

This can be surprisingly, unexpectedly painful and debilitating, a grief that is sometimes as profound as that of the physical loss of a loved one.

And I think, when that happens sometimes our Lord pauses by our funeral procession.  He sees our grief, has compassion on us and places his hand on the funeral bier.

He tells us not to weep.

And somehow, miraculously, our hope, our purpose, our very lives are restored.

Resurrection is not just something that happened on Easter morning.  It is present in our very lives today.  Perhaps this short and simple story is a reminder for us today that we do experience resurrection.  Not because we have done anything to be deserving.  But because we follow a Lord whose property is always to be compassionate, to bring to life that which has died. To offer hope and redemption for our journey ahead.