Err on the side of kindness 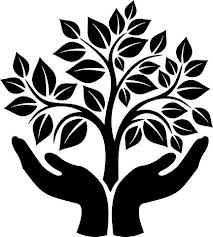 Today we honor Frances Perkins, public servant and prophetic witness.  She was the US Secretary of Labor from 1933 to 1945, and is largely responsible for the adoption of social security, unemployment insurance, federal laws regulating child labor, and the adoption of the federal minimum wage.  The scripture readings for today reflect Perkins’ commitment to those in need.  The Old Testament reading from Deuteronomy reminds us to: “Open your hand to the poor and needy neighbor in your land.”  The Gospel reading from Luke recounts the miraculous feeding of the five thousand with five loaves and two fish.

I thought the epistle reading for tonight was particularly timely, perhaps not so much thinking about Frances Perkins as the season in which we currently find ourselves.  We have just come through graduation ceremonies at USF and the weeks ahead will bring many more such commencements from schools big and small all over the country.  As I read this selection from Ephesians, I thought about commencement speeches which are generally written to give graduates a blueprint for living a meaningful life.

It’s a shame that most graduates probably don’t hear the commencement speech being delivered as they wait impatiently to walk the stage for their diploma and get on to graduation celebrations.  We hear about commencement speeches that are especially humorous or radical or maybe even profound but the truth of the matter is that “the rules” for living a good life are surprisingly simple.  In Ephesians (written from a prison cell, by the way), Paul opens with several chapters of good news and closes with this advice to young church at Ephesus:

It’s that last one that got me.

Last year, author George Saunders gave a commencement address at Syracuse University. In it, he advised the graduating class to always “err on the side of kindness.”

The following story is in his words:

I’d say, as a goal in life, you could do worse than: Try to be kinder.

In seventh grade, this new kid joined our class. In the interest of confidentiality, her name will be “ELLEN.” ELLEN was small, shy. She wore these blue cat’s-eye glasses that, at the time, only old ladies wore. When nervous, which was pretty much always, she had a habit of taking a strand of hair into her mouth and chewing on it.

So she came to our school and our neighborhood, and was mostly ignored, occasionally teased (“Your hair taste good?” — that sort of thing). I could see this hurt her. I still remember the way she’d look after such an insult: eyes cast down, a little gut-kicked, as if, having just been reminded of her place in things, she was trying, as much as possible, to disappear. After awhile she’d drift away, hair-strand still in her mouth. At home, I imagined, after school, her mother would say, you know: “How was your day, sweetie?” and she’d say, “Oh, fine.” And her mother would say, “Making any friends?” and she’d go, “Sure, lots.”

Sometimes I’d see her hanging around alone in her front yard, as if afraid to leave it.

And then — they moved. That was it. No tragedy, no big final hazing.

Now, why do I regret that? Why, forty-two years later, am I still thinking about it? Relative to most of the other kids, I was actually pretty nice to her. I never said an unkind word to her. In fact, I sometimes even (mildly) defended her.

But still. It bothers me.

So here’s something I know to be true, although it’s a little corny, and I don’t quite know what to do with it:

What I regret most in my life are failures of kindness.

Those moments when another human being was there, in front of me, suffering, and I responded … sensibly. Reservedly. Mildly.

Or, to look at it from the other end of the telescope: Who, in your life, do you remember most fondly, with the most undeniable feelings of warmth?

Those who were kindest to you, I bet.

But kindness, it turns out, is hard — it starts out all rainbows and puppy dogs, and expands to include . . . well, everything.

He’s right, isn’t he?  Kindness can be easy if you happen to be in a kindly mood but beyond that, well, it’s hard.  We live in a world where we can be surprisingly unkind to each other from the anonymous safety (and distance) of our computer keyboards, a world where the most innocuous interpersonal interactions can erupt into heated exchanges and violence.  We witness this on a daily basis in our newspapers and on the six o’clock news.

You would think kindness would be a pretty easy quality for Christians.  After all, we are nice people, aren’t we?   But I think St Paul and George Saunders would say, that’s where we’ve got it wrong.  Kindness is not the same thing as a lack of meanness.  Kindness and niceness are not the same thing.

Paul says that being kind means being tender-hearted, forgiving one another as God in Christ has forgiven you.  Being kind means imitating God as beloved children and living in love as Christ himself loved us and gave himself up for us.

But not impossible either.

With God, nothing is impossible.

“Ours is not the task of fixing the entire world at once, but of stretching out to mend the part of the world that is within our reach.  Any small, calm thing that one soul can do to help another soul, to assist some portion of this poor suffering world, will help immensely.  It is not given to us to know which acts or by whom, will cause the critical mass to tip toward an enduring good.

What is needed for dramatic change is an accumulation of acts, adding, adding to, adding more, continuing.  We know that it does not take “everyone on Earth” to bring justice and peace, but only a small, determined group who will not give up during the first, second, or hundredth gale…to be fierce and to show mercy to others, both are acts of immense bravery and greatest necessity.  If you would help to calm the tumult, this is one of the strongest things you can do.

Always err on the side of kindness.

Live in love, as Christ loved us and gave himself up for us, a fragrant offering and sacrifice to God.